From the Grand Canyon, we drove just across the border to Utah’s Monument Valley.

We paid our $20 to drive around the loop through the giant red rock structures, eyeing the sign about the roads being unpaved so no RVs were allowed. We assumed this was to preserve the roads, but as we started driving around the loop, we quickly realised there was no way an RV, the roo, or indeed any car that wasn’t gifted with four-wheel drive could make it unscathed around the valley. Feeling a little sad, we turned the van around and bumped our way back across the many potholes to view the valley from the visitors’ centre before driving on to Moab.

As we pulled into Moab, it dawned on us that Arches may be our last stay in the van, so we felt a little sentimental as we set up our camp for the first time.

Our first day dawned bright, sunny but cold. We had a bit of work to do, so holed up in their rather wonderful library for a little while. We ended the day with a beautiful run along the Colorado River, marvelling at the fact that only two days prior we had been 5000 feet above it at the Grand Canyon.

Expecting that the stunning weather would last (we were in the high desert, after all) we were rather surprised when we woke to an overcast day with high winds. As I sat working from the passenger seat and Erik sat huddled on the floor in the back to shelter from the sand and grit flying horizontally across our campsite, it dawned on us that our last van stay wasn’t quite what we had intended. After reviewing the weather forecast which showed the high winds increasing over the next 24 hours and adding in thunderstorms to boot, we began to reassess our options. Fortunately, for only $20 a night more than our humble campsite, we could upgrade to a humble ‘premium’ cabin which would shelter us from the impending gloom and also mean we could pack up a dry shelter rather than a damp one (one of the ongoing goals of this trip). We were sold.

The move to our cabin complete, we spent the next day and a half experiencing Arches National Park. Due to some geological rock layering that I never quite grasped, Arches has 2000 plus natural rock arches (see what they did with the name?). We rambled, drove and hiked amongst them, until, on hiking across a narrow ledge which plummeted down into canyons either side, we were brought to our knees by the high winds and decided to call it – and our time in Arches – a day. 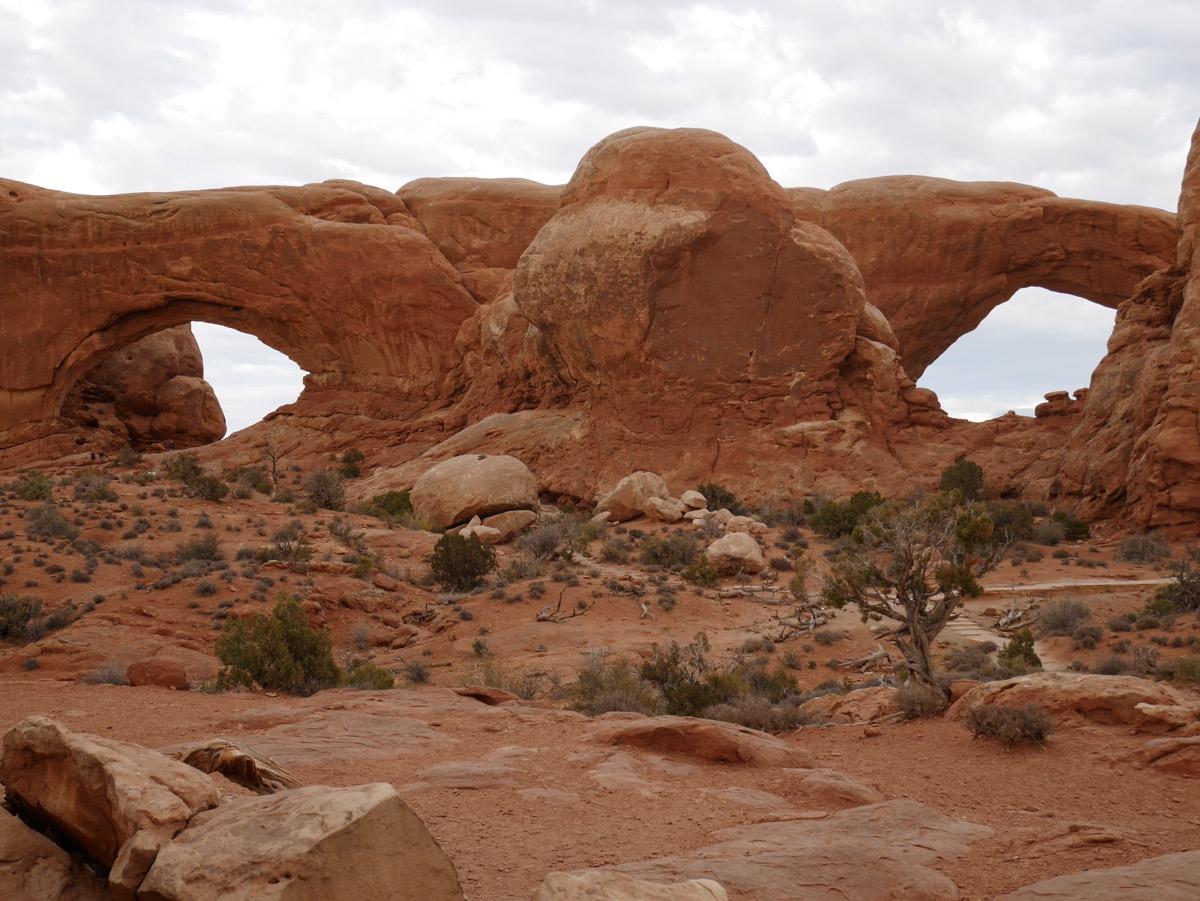 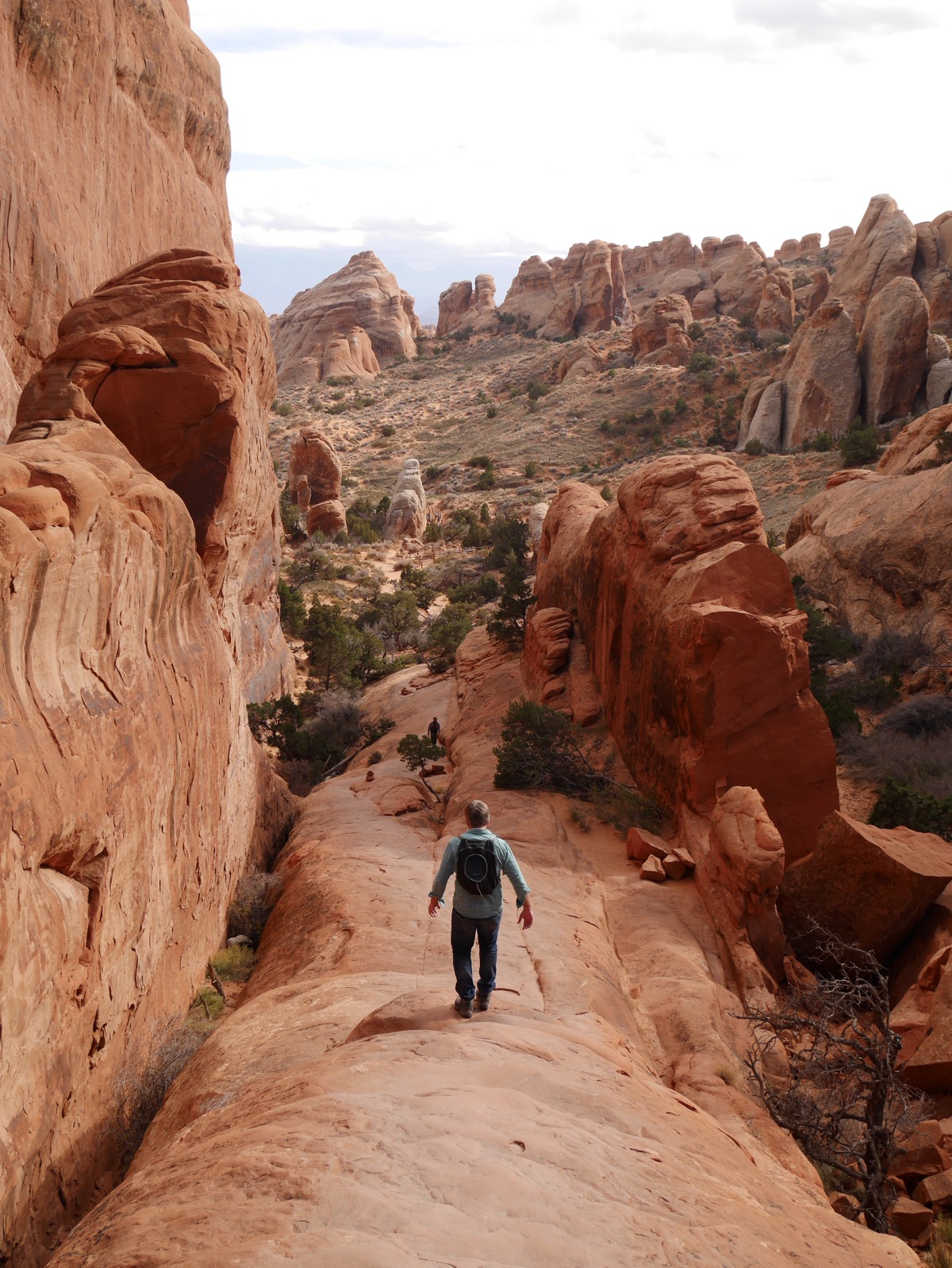 From Moab, we had a quick two-night stopover in Santa Fe to wrap up our high desert time. 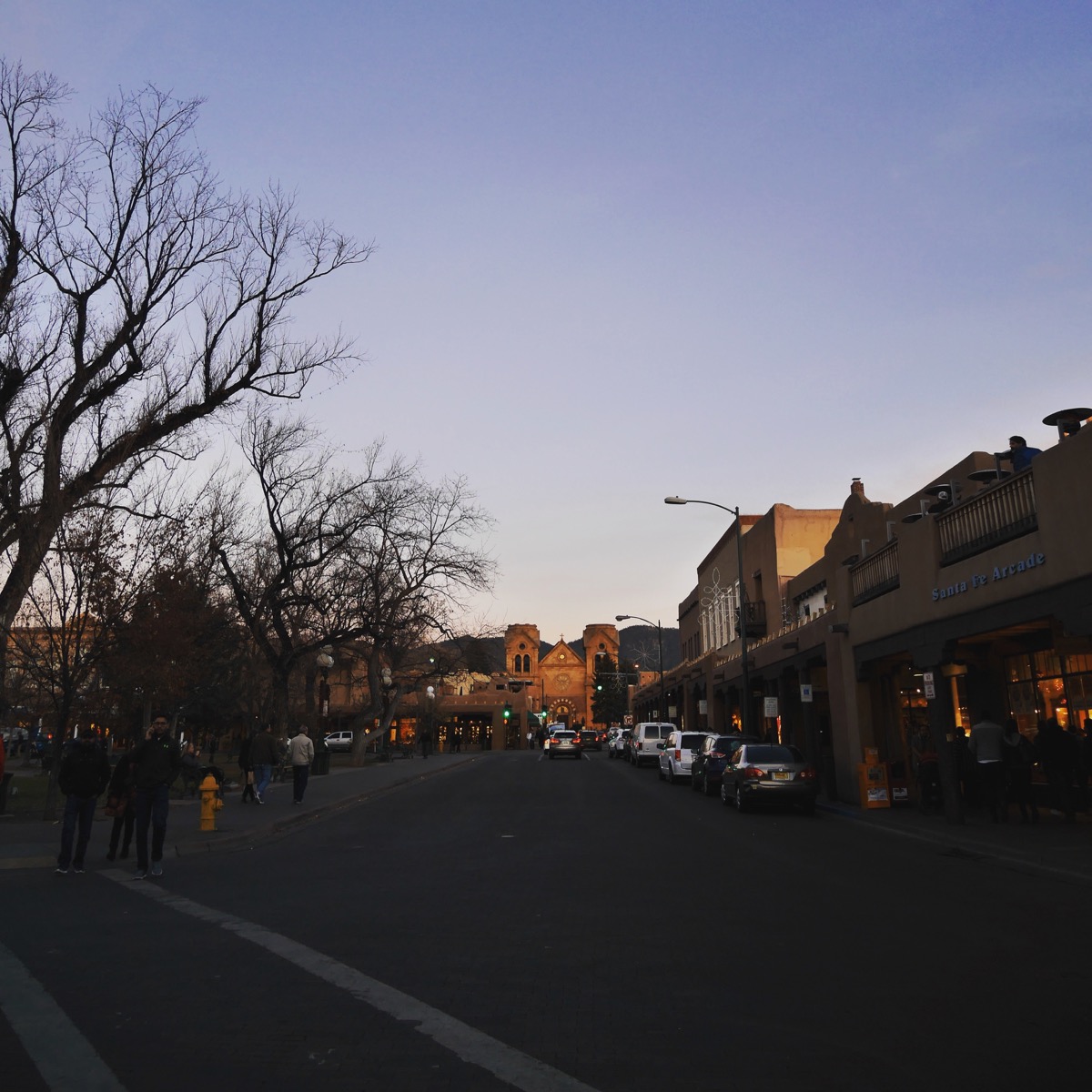 We loved Santa Fe and spent our time eating New Mexican food, drinking margaritas, shopping for cowboy snap shirts and ambling around the beautiful adobe buildings. I better-acquainted myself with Georgia O’Keffee and Erik even played in a poker tournament. It was also truly one of the friendliest places we’ve been to on the trip.

Curiously, it was also the highest point we ever got to on this trip at a whopping 8000 feet, so it seemed appropriate that we were not only physically heading downhill at the point but also starting to take the Roo into the final weeks of her journey.